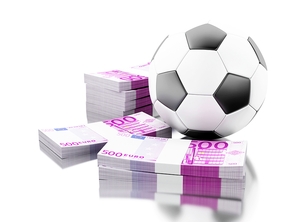 Football jackpots work using a similar model to that of the Football Pools that we have spoken about within other articles. These are essentially a way for the bookmakers to piggyback this bet type and add their own unique twist to things.

Whilst football jackpots are nothing new to the industry, it’s only been over the last decade that the online scene has started to fall back in love with them. Accumulator betting is an area that’s always been popular, and these jackpots are very much an extension of these types of bets.

The bookmaker’s versions are different to some that we have covered in that they are pay-to-play. This means that you are able to choose the amount that you wager on each jackpot, earning you a higher percentage of the jackpot should you win.

Note: These games are pay to play, meaning that you need to put up some of your own money to enter. There are also a number of free to enter competitions that you can enter as well.

How do Football Jackpots Work?

There are lots to choose from right now and each one is slightly different.

The first thing that you need to note – and this may sound obvious – you need an account with the bookmaker before you can play these jackpot games. They are not like The Pools where you used to be able to play anonymously, so an account is now a requirement.

The jackpot will offer you a list of games that you need to pick the results of. For example, one popular jackpot has a list of 15 matches that are taken from games within the UK where possible, but they have been known to include games in the top European and even International matches as well.

You will get to choose from the home win, draw or the away win. You need to pick the result for all 15 matches in total and the cost to enter is just £1. You can add more results to each match but as you do so it will cost more money. Your stake is always per line, and once you’ve selected your first 15 results this will be your first line, line 1. As you add in more selections the number of lines that you have selected doubles. So, 16 selections equal 2 lines, 17 equals 4 lines, 18 equals 8 lines and so on.

For example, let’s say you choose 15 selections at £1 per line. Your cost for the bet would be £1. But, let’s say you add in 5 more results. You would have to double your bet 5 times to get to 32 lines in total costing £32 for that bet.

The lowest you can bet for this is 25p per line and the maximum you can bet £20 per line.

How Much can You Win? 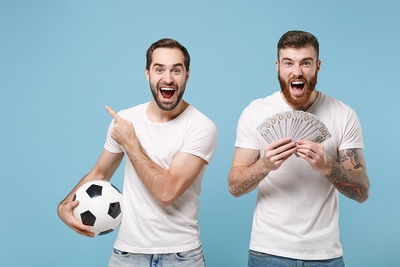 Jackpots for each will vary, but to trigger it you will need to get 15 from 15 correct results. If there is more than one winner than this jackpot amount will be distributed equally between those winners.

It’s worth noting that the bookmaker will take a cut of the jackpot. So if they advertise £250,000 jackpot, then it’s likely they will take a cut of around 30%. This is not usually money that they pocket, but money that is used for the following weeks prize fund to ensure that there is something left in the pot.

How to Win a Football Jackpot 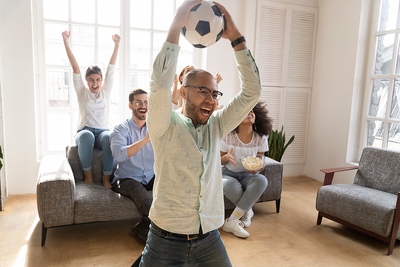 Obviously winning these jackpots is not easy, but it is doable. It require an awful lot of work and just as much luck to make sure you get all 15 results correct.

You can give yourself the best chance by heading into these jackpots with some sort of strategy. What we will say from the start is that you should avoid taking the Lucky Dip option that most bookies will offer you. This is where the bookmaker throws up random picks for the results and is also one of the easiest ways to lose your money.

A route that lots of people take is to simply back the favourite for each bet. We can see that there is some logic to this as the bookies are pricing the result most likely to come in as the shortest. The reason we don’t like to do this ourselves is because it is what the vast majority of other people will be doing. This means that even if the bet does come in, there will be thousands of other people who have the same results and so any payout will be tiny.

We’ve seen this happen many times from a range of football jackpots; winners have thought they’d bagged life changing money, only to find out that hundreds of others had the same selections and so they walked away with barely enough money for a nice meal out. 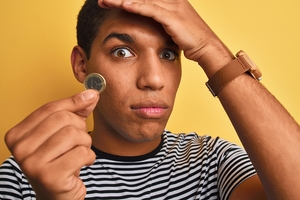 We aren’t saying that you should bet against the favourites, we just mean that you need to get a little more creative. The favourites don’t win all the time for a start, and the games included in the jackpot will be hand-picked by the bookies, meaning that they are likely going to be tough games to call.

For example, if Man City are playing Sheffield United at home then the bookies will have them priced at around 1.20 or maybe even less. City win this game almost every time, so this would be an easy jackpot pick. These short-priced favourites won’t be included, instead you are going to get games like Norwich v Newcastle where all 3 results (home win, away win, draw) are more than plausible.

The best advise we can give is to just do your research as thoroughly as you can. We’ve dozens of articles on site that can help you pick the winner of the Win-Draw-Win market, and from there you’ll be able to not only make more profitable decisions on bets like these, but also think outside the box when necessary, which is imperative for football jackpots.

As you can imagine, there are a number of rags-to-riches stories that encapsulate exactly what these football jackpots are all about. Winning large sums of money from small stakes is the aim of the game, and here are some of our favourite stories. 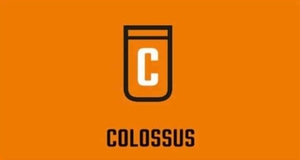 The Coral jackpot shot to fame when it managed to rollover to an incredible £1million. They were getting huge amounts of media and a huge number of bets coming in, all trying to get a slice of this chunk of change.

The jackpot was eventually triggered in October 2013, but not by the sort of betting fanatics that you might imagine. In fact, the win came from a rival betting company; Colossus Bet.

The company run a series of syndicates that people can join with their friends or even random strangers. Ironically, these work in very much the same way as football jackpots in that the winnings are given out as dividends.

Colossus Bet, like all good punters, wanted to try and take down the £1million jackpot and they did this by placing a massive £30,000 wager on the 15 games for that week. The bet covered 36864 lines in total and they were eventually left with 14 games ticked off, and only Watford v Brighton left to go. They needed a Watford win or draw to see them over the line and Watford duly delivered.

It’s the first time that the industry has seen one bookmaker take such a massive chunk of money from another in terms of bets, but Colossus Bet were keen to point out that Coral were extremely prompt in paying the out and were great sports. The free marketing that both companies received meant that they both came out as winners, only Colossus Bet were £1 million better off! 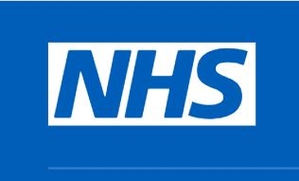 A more usual jackpot win saw a 54-year-old man bag the Coral jackpot taking home an incredible £71,037 from just a £1 bet. At the time the jackpot was for just 13 matches, which is obviously a lot easier than today’s 15 matches, but the win is no less impressive for that.

The bet was a little bit crazy as all but one of the matches took place over the course of the Saturday and Sunday. The final game was on a Monday night, and took place between Preston and Oldham. Preston won the game 2-1 but were cruising at 2-0 before Oldham got one back with just minutes to go. Preston eventually got over the line sparking celebrations for winner, Jim Wyatt.

Wyatt was actually one of six winners that week, all sharing the £426,224 jackpot on offer. He claimed that he was going to settle a few outstanding bar tabs with the money, and take the family on a nice holiday.