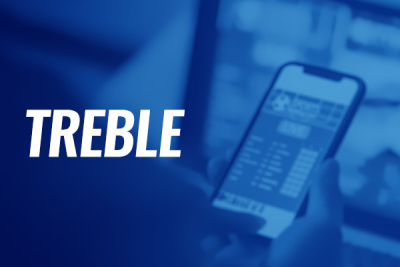 As we explain in our article about doubles, these are bets that contain two selections rather than the one of a standard win single bet. Bearing that in mind, it is with great regret (no regret at all) that we have to inform you that there are no prizes for guessing what a treble is. That said, whilst there are no prizes nor medals up for grabs, that is not to say that everyone will fully understand what a treble is or how it works. So, whether you are a total betting newbie or just someone who has never encountered a treble before, here’s what you need to know.

What Is A Treble In Betting?

A treble might be what a darts player aims for or it might be 75ml of your finest Scotch (or more likely if it is a treble, your cheapest vodka) but when it comes to betting, a treble is a single wager that includes three bets. Note that in this piece we will go into less detail on some aspects of our explanation as they are already covered in the article in which we looked at a double.

A double is the simplest form of accumulator, or acca, there is and a treble is a very similar bet that just includes three rather than two selections. All of the selections must win or the bet loses. The selections can be made from any sport (or even non-sports events such as betting on the weather, the Oscars or Eurovision), any market and at any odds. They can also be from a mix of events/markets/odds.

So, whilst a typical treble might be Liverpool, Arsenal and Chelsea all to win their Premier League games on a given weekend, you can also be far more creative with your trebles bets. You could back Liverpool to beat Norwich at 1/6, but add Three-Legged Wonder to win the 3.10 at Haydock at 50/1 and JLS to have the Christmas number one at odds of 100/1. So, to reiterate, you combine almost any selections into accas such as a treble and the only thing to remember is that the picks themselves must not be related.

Related Contingencies Not Allowed Within A Treble 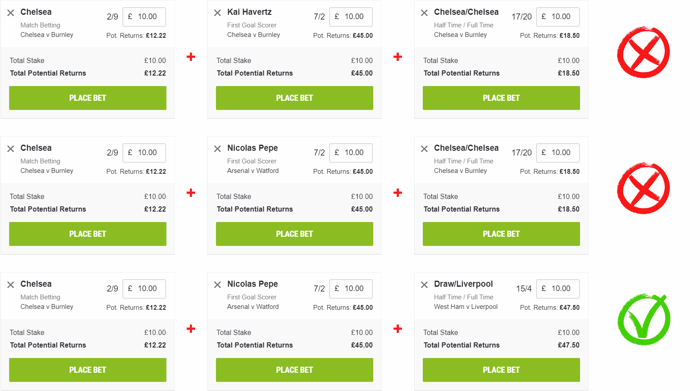 Picks within any acca, including a treble, cannot be what bookmakers call “related contingencies”. We look at this term in more detail in the doubles article but in short, these are selections that are connected or related and where the probability of one directly or indirectly affects the probability of another. The good news is that online betting sites have the technological means to make it almost impossible to place such a bet. If you try to add related selections into an acca you will usually get an error message. However, note that in the unlikely scenario that a bookie, online or offline, accepts such an acca in error, they reserve the right to pay you at what they deem the correct odds rather than at the standard acca price.

One memorable instance where this happened came in 2010 when a punter was offered £32 instead of £7m! He had made a wager on there being a white Christmas in various UK locations, combined as an acca. However, if it is 10/1 for a white Christmas in Newcastle and 10/1 for one in Sunderland, the odds for snow in both are not 120/1 (the effective acca odds) but probably more like 11/1 or 12/1, because if it is snowing in one there is a fair chance it is also snowing in the other given how close they are.

Some related contingencies are far more obvious than others. For example, you would not be able to place a treble on Mo Salah to score anytime, him to score two or more, and him to score a hat-trick: the hat-trick odds already take into account that he has scored one and two goals.

However, you could place a treble on a trainer/jockey combo to land the three main races at a given meeting with three separate horses. The selections and probabilities are related to a slight degree, because if they win the first two races it would indicate that they are both in fine form and the jockey would also be hugely confident for the third race. However, ultimately you are betting on the three horses and so overall such a bet is a perfectly allowable treble.

As said, the bookie should not allow you to place such a bet and online it is highly unlikely you would be able to. However, if you have any doubt, either whilst betting in person or online, simply check with the bookmaker.

How To Calculate the Odds of a Treble 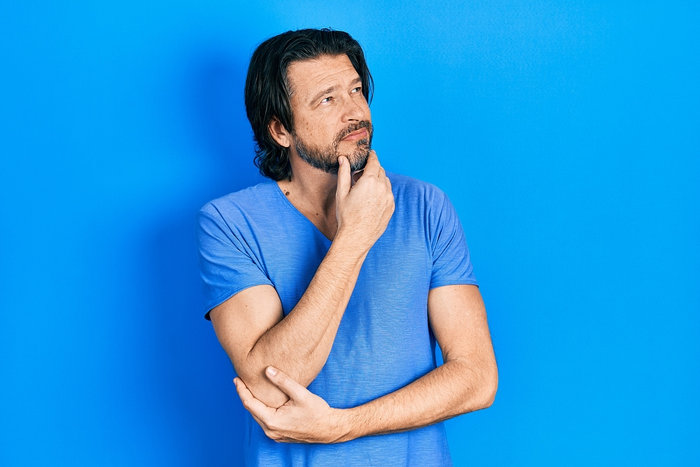 Once again this is something we consider in more detail in our piece about doubles. However, in short, with any acca, be it a double, treble, or one with 12 selections, the stake and winnings roll over from each leg onto the next, accumulating as they do.

To illustrate this in more detail let us imagine a simple £10 football treble on both teams to score (BTTS):

If these games are Saturday kick-offs at 12.30, 15,00 and 17.30 respectively, we can see how a successful bet might unfold. That said, it does not matter what time the matches take place, the winnings will still accumulate in the same way whether the games are played at the same time or are weeks apart.

You can work out your treble odds manually like that but there is also a wide range of acca calculators online that do the heavy lifting for you. These can be especially useful with more complex odds and larger accumulators with many legs. However, if you are comfortable with, or use as standard, decimal odds, rather than traditional, UK fractional ones, then you can simply multiply the prices of each selection together in order to work out the total odds.

In our example above, with evens being 2.0 in decimal pricing, we can see that 2x2x2=8, with 8 in decimal odds being the same as 7/1. Hopefully that makes things fairly simple but to give you an idea of how trebles can lead to some very sizeable returns, check out the examples below.

As you can see, by picking three bets at even fairly low odds of not much more than evens, the overall payout can really add up. In horse racing, you might fancy three strong favourites at the prices shown in example two above: a £10 treble would return over £70 which seems a cracking win for three favourites with two odds-on.

In football, you might try and pick what you believe to be three home bankers, or perhaps three games where over 2.5 goals looks like a dead cert. Example one shows that a £50 treble on such a bet might return a massive £211.54, which again looks brilliant given the longest-odds leg is just 4/6. 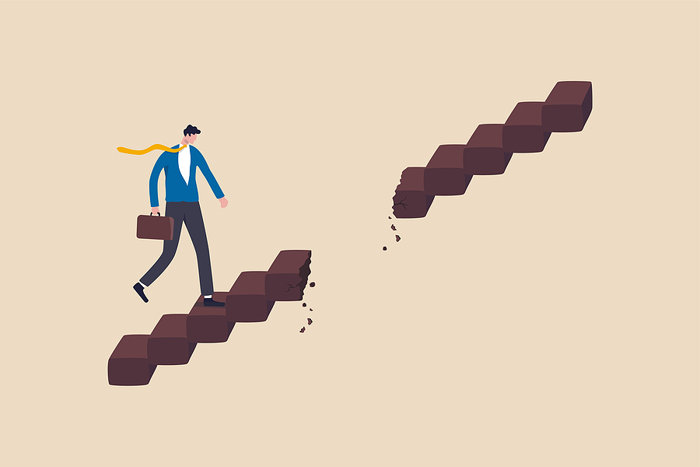 A famous man, or more accurately, a friend’s granddad who used to be a bookie, once said that the only dead certs are in the grave. Sadly this is almost always true and it should go without saying that trebles are not easy. On the face of it, selections at 4/7, 8/13 and 4/6 are all short odds and yet if they do you get paid out at very tidy odds of more than 3/1. What’s not to love?

Wrong. We advise caution with all betting but especially accas, even smaller ones like doubles and trebles. If betting success was as simple as picking three short-priced favourites and sticking them in a treble we wouldn’t be writing this, we’d be drinking rum on a Caribbean beach pondering whether to have two or three lobsters for lunch.

It is all too easy to believe that an odds-on pick can’t lose but across all the races, games and events played each day, hundreds do, and at far shorter prices than 4/6. Let us re-examine that treble and assess the probabilities, generously assuming that the odds offered by the bookies fairly reflect the chances each has of winning, with no margin taken for the bookie’s deep, deep pockets. For simplicity, and to bring the probability to life, let’s assume we place the same acca 100 times.

So, whilst you might perceive a pick at odds of 4/7 to be a banker, be it BTTS, a strong home favourite, every racing tipster’s NAP of the day, or the tennis world number three against the world number 48, more than one third of the time it will lose. Straight off the bat, more than one in three of such trebles will fall at the first hurdle.

But, looking on the bright side, 64% of the time it will win and your banker treble lives on to the second leg at 8/13. In 64 of your 100 trebles, the second leg is live, happy days. Back to reality: 38% of the time, the second leg lets you down. The keeper has a blinder, the striker misses two penalties, a horse falls right in front of your jolly or the world number 50 plays the game of their life. That said, in an alternative universe, 62% of the time it wins, which means that of your 64 bets that made the second leg, 40 make it to the final, decisive selection.

Priced at 4/6 this is your riskiest selection but even so, it is odds-on, it must win, right? Wrong, of course. At 4/6, once again ignoring the fact that in reality the bookie’s odds are not fair but actually skewed in their favour (on average), 40% of those bets lose. Cheer up though, 60% have won, which means you have 24 winning trebles paying out at a very tidy 3.23/1!

Due to the way the odds and probabilities have been rounded your 24 winners would actually deliver a win of £77.52 based on a £1 stake. This would mean an overall return of £1.52 once your 76 losing trebles have been taken into account. However, had we used precise figures, the outcome would be that you would break even. And this is a simple reflection of the fact that we have generously, if unrealistically, assumed that the odds directly and fully reflect the probabilities.

However, the truth is that betting sites take a cut of between 5% and 15% on average, meaning the odds are lower than they “should” be. So if over 2.5 goals is deemed a 50/50 call, the odds are not evens for both unders and overs, but rather 10/11 or even lower. In our example above, if we reduce the probability for each outcome by just 1%, rather than having 24 winners, we have 22.67. That would yield a win of £73.24 but your 77.33 losing trebles would mean that overall you have lost £4.09 from your “banker” treble.