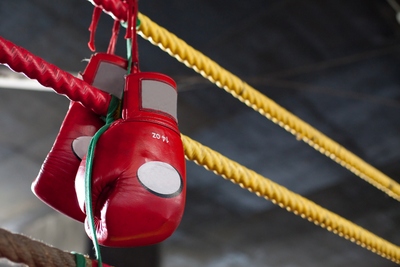 Boxing can be a seriously tough market to make money on, you can have a real fight on your hands. The reason behind this is that so many fights are very one-sided and therefore, many of the favourites are often priced odds on, and some can be unbearably short.

For most, the prospect of taking on a boxer that is priced at 1.04 is not much fun. For those that don’t know, the price of 1.04 means that for every £1 you stake, you will make just 4p in profit. So a £100 bet would get you £4… These odds may seem crazy, but they are very real and you’ll see at least one boxer that is priced this low per event.

Betting on the fight winner is a very simple market. All you need to do is pick the fighter that you think will win the fight by any method. This could be by points, decision, disqualification or anything else, as long as it is recognised by the boxing governing body for that fight.

Before we dive into a little more about short priced favourites, we did want to state that not all fights are priced with a heavy favourite included. Even match ups can see boxers around the even money mark for both, but we will say that these are much less common than fights that do include odds on favourites.

How often do the favourites lose? 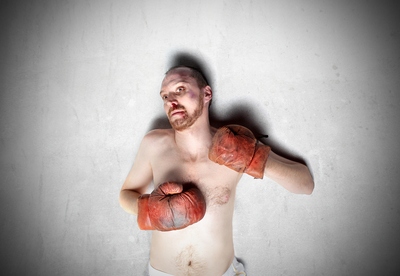 The bookies make certain fighters the favourite because they are statistically more likely to win the fight than their opponent. This could be based on a number of factors, and once these have been combined it allows the bookmaker to create the odds for that fight.

But boxing is highly unique in that just one lucky punch can turn a fight on its head. In fact, it’s like no other sport in betting in that the outcome of the market can go from almost no price taken to a landslide win for the opponent. This is one of the reasons why people like to back the underdogs in boxing.

There have been several high-profile losses from massively odds-on favourites over the years, but one of the most recent came about in 2019 when heavyweight Anthony Joshua fought a relative unknown named Andy Ruiz.

Joshua had gone into the fight as a 1.05 favourite to beat Ruiz. Ruiz himself was priced a massive 15.00. The bookmakers had stated that there was no way Ruiz could beat Joshua, but Ruiz was able to stop Joshua in the 7th round after some brutal head shots shook the Englishman. William Hill reported that one punter in Nevada placed a bet with them for $100,000 on Joshua to win, a bet that would have returned just $5,000, but ultimately lost that punter $100,000.

Is the pricing fair? 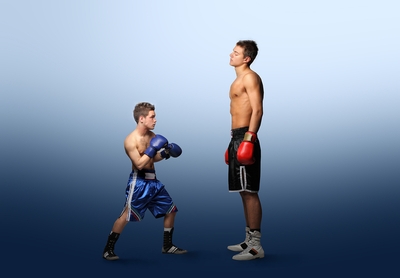 Given that these upsets are rare but do still happen, we would suggest that the price probably doesn’t quite reflect the chance the boxer has of winning the fight. The heavyweight division is probably the best example of this as they have the power to knock anyone out with a single punch if they connect properly.

You also need to consider that the bookmaker has to take into account outside factors for boxing, a lot more so than with other sports. Judges are a prime example of this and a highly contentious area around the sport. Many people believe that hometown judges have a strong bias towards their own boxers, and even though they are meant to be impartial people believe that this is almost impossible subconsciously, yet no laws are in place to stop potentially biased judges scoring a fight.

It’s tough to go against bookies that price a fight at 1.04 to 15.00 like the Joshua v Ruiz fight, but this example does show that they can sometimes get it catastrophically wrong, and there is a lot of money to be made if they do.

So, when you see fights that are priced 1.50 to 2.62 for 2 fighters, don’t necessarily presume that the 1.50 fighter is as big a favourite as they are priced. A market like this would suggest the bookies feel the 1.50 will win, but the fighter priced 2.62 still has a strong chance if the Joshua v Ruiz fight is anything to go on.

To answer the question ‘is pricing fair’: it’s fair in terms of ability, but given how unpredictable boxing can be, there is scope to back the underdog and create some real value.

Despite the unpredictable nature of the sport, the best way to approach it is by using a strategy, and there’s quite a bit of scope to applying them to boxing. We will share ours with you below.

On the way up, on the way down

Boxing can be a fairly short career for the fighters, but even fighters past their best can serve a purpose. The first thing to look out for are fighters that are on the way up. They won’t necessarily have a world title to their name at this point, but they will have shown glimpses of greatness in previous fights and have attributes that world champions have.

A good place to start is their amateur careers. The likes of Amir Kahn and Anthony Joshua both dominated their respective amateur divisions, both capping this off with impressive displays at the Olympics. They were able to show their skills early and subsequently went on to become world champions.

However, you could throw both fighters into the ‘on the way down’ category as well, although that might be a little harsh. Both fighters have seen a dip in form of late and suffered some heavy defeats in recent years. Yet because of their names and their stature within the sport, they are likely both priced a little on reputation over form.

Joshua, for example, was priced at 1.25 from 1.04 for his rematch with Ruiz, with Ruiz being slashed from 15.00 to just 3.25. The bookies are still making Joshua a massive favourite, and rightly so, but this is on the back of a fight that he just lost a few weeks ago so they are being much more cautious with Ruiz.

‘Prime’ is a word that is used frequently in boxing, and this is the key time that you want to target these boxers. Looking for boxers that are in or are just coming up to their prime is great, but just outside of it and it’s an unbelievably quick descent back to the bottom. 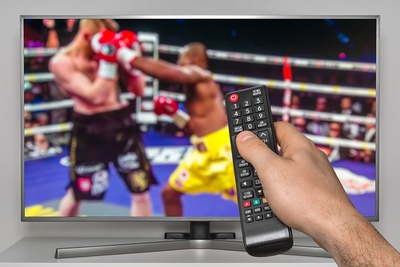 One of the best things about the internet is that you can get pretty much anything at any time. Boxing is no exception and if there is a past fight that you wanted to watch, even if it were the highlights, you’ll find them online somewhere.

Previous fights actually offer great insights into what might happen in upcoming fights. For example, has the boxer caught their opponent with a lucky shot; do they favour the inside as opposed to the head; do they switch styles; are they fighting for points or KO; what is their stamina like, and so on.

This is without doubt the best way to conduct your research for upcoming fights. You can read all you want about a boxer, but you need to really be watching fights for your own research.

If you’re totally new, then what you can do is watch previous fights, conduct your research, and then create your own price for each boxer. You can then compare to this to how the bookmaker is seeing the fight before then deciding if you think their price offers value or not.

Alternatively, try and work out why a bookmaker might have come to the price that they have. They don’t always get it wrong and have some highly skilled analysts working with them, so use that to hone your own skills by working out what they are looking for in each boxer.

Finding out exactly how training camps have gone is easier than it ever has been with social media, but it’s still a minefield to navigate. However, there are a few tools that allow you to see how prepared a boxer is for a fight.

You’re going to hear from the boxer and their team that everything has gone great in the camp and things couldn’t be better. You need to dig a little deeper as this is actually rarely the case. Boxers often get knocked out during sparring, suffer injuries, or just don’t put in the work required (looking at you Ricky Hatton) and you need to know when these things happen.

The problem the boxers have is that it’s hard to stop these things being leaked. You need to be following as many boxing related sites as you can, and even people related to the sport on social media, not to mention the team themselves. Try and find out who the boxer is sparring against and get contact with these people. So often it has been the management teams of the boxer the champ is sparring against who leak info about “their man” knocking out a world champion during training. They do it to try and gain leverage for themselves moving forward.

Even small rumours that float about can have a huge effect. You need to decide what you want to believe as the camps will often just flat out refute them, but as the old adage goes; there’s no smoke without fire. 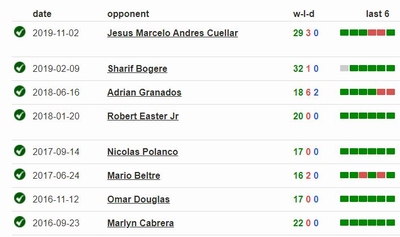 Like all sports these days, you can access a huge number of stats online and all for free. You can see everything from the number of knockouts they have had to what they ate last Tuesday lunchtime, and everything else in between.

Stats can often open the door to spotting trends that might occur in a boxer’s career. It could be that they always bounce back after a defeat or that they have a huge number of points wins compared to knockouts.

Stats are one of the easiest tools to utilise, especially if you are new to betting on boxing, as they make up somewhat for a lack of real word knowledge until you get up to scratch. The numbers don’t lie, and whilst there is more to it than that, especially for sports like boxing, it’s a really solid place to start.

Even though we are mainly talking about the fight winner market for the sake of this article, stats often open the door to other betting markets as you work out more trends from the numbers.