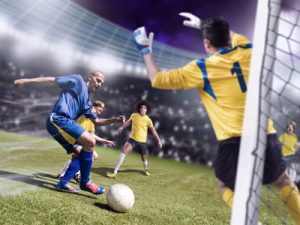 There are a number of weekly free to enter competitions revolving around football. Most of these are offered by sports channels or bookmakers as a way of keeping their customers happy, but there’s nothing to stop anyone from joining in. The general concept is the same, each week you need to pick the outcome of a selection of games – this could be the final score, winner, goalscorers or something else. And if you get it right, you win. The prizes aren’t small either – with many in the region of £25,000 or more.

Please note: These competitions only normally run during the regular season and for large international cups. We’ll update this list with the current contests once they are launched as they often vary from season to season.

Football competitions are becoming increasingly popular and with the chance to win huge sums of cash for little to not outlay, so they should! The types of competitions that you can play are going to vary in what you need to do to win, but with each the concept is pretty simple; the more you get right, the more you win.

There are several different reasons why companies run these types of promotions as well. The main one is via outlets such as bookmakers, who require you to register a new account with them to be eligible to play the competition.

But, companies and organisations outside the betting industry have also latched on to how popular these competitions have become. The Leave Camping used a Euro 2016 competition to try and find out more data about potential voters, of which we talk more about later in this article.

How do They Work?

The process is very simple. You will be required to guess the outcome or result of a certain match and the person with the most correct answers will win. There are variations of this with each competition, but most follow these basic steps.

Let’s use Sky’s Super 6 as part of their Soccer Saturday coverage as an example. 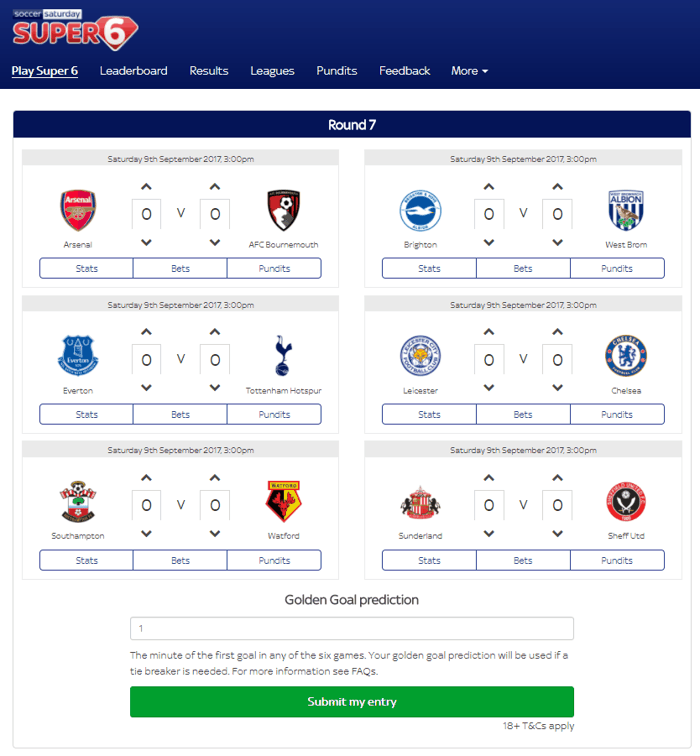 With each week you will be asked to guess the correct score for 6 football games that kick off at 3pm on a Saturday afternoon. These games will usually be from the English Premier League where possible, but may include lower league games as well if they cant get 6 top flight games.

With each game there will be points depending on how ‘right’ you got the final result. For a correct result you get 5 points, if you guessed the right team to win or draw but the wrong score line then you get 2 points and you if failed to get any of this right, you get no points.

The top prize is usually £250,000 each week and for this you need to get all 6 results correct with the correct score line. There are then consolation prizes for players with the highest number of points, ranging from £1,000 up to £10,000. You need to remember that all this is completely free to enter, so well worth doing.

What do the Bookies get out of it?

Well, the main thing is that they get you through the door and encourage to use their site over a rival company. The number of times that they actually pay the jackpot out over the course of a season is very rare and whilst we don’t know exact figures we would suggest that it’s probably worked out at less than once per season since its been running.

It was also reported in 2012 that the Super 6 had welcomed in over 1 million players to the Sky Bet brand alone and given this article has been written some 5 years later, we would suggest this number has at least doubled if not more in that time.

For the sake of paying out £5k every week and for the return of new players into the brand, it looks a very strong deal for the bookie. And whilst this is definitely the case, for the punter they are getting a free, no strings attached shot at a life changing sum of money, so it’s a win-win situation.

Whilst people often look at these types of competitions as just a bit of fun, there’s nothing to stop you addressing it with the same intent than if you were betting on the results with your own money. The depth of strategy that you go into can vary depending on what’s required for you to win.

A good starting point is to work your research as if you were setting up your own bookmakers. You’ve been tasked the job of assessing the chances of each team and then from there you need to price them up. You can start with looking at previous performances, any notable results that have taken place and then move this onto recent head to head results from those teams.

If you are looking a competition such as guessing the correct score, the best advice we can give is to play it safe and make it a numbers game. In a study researched in 2014 that looked at over 126 years worth of football league action saw the most common score line to be 1-0, 2-1, 2-0 and 1-1.

But, each game will be different, so if Manchester United were playing Crawley Town, it’s likely that United are going to win by more than 1-0 or even 2-0, so you need to adjust to this. In close games however, you can do much worse than tackling on these 4 score lines, which become even tougher to call in the modern Premier League fixtures.

Is it Only Bookies Who Run These Competitions?

There have been quite a diverse range of competitions that have been run outside of the betting industry. One of the most common forms is to capture data.

Probably the most spectacular example of this and most left-field offering, was a competition run by the Leave Campaign in 2016. They offered people the chance of winning £50million, which seems like a randomly large number to give away, but this was in fact reported as the daily bill that it cost the UK government to be in the EU. Whilst we don’t want to get into a political debate here, we will swiftly move on….

The requirements were that you have to predict the correct result of every single from the group stages, to the knockout stages right down to the final, all before a single ball was kicked. It’s about as unlikely as you are going to find, but they did offer a £50,000 consolation prize to the player who was able to predict the most correct results in a row, so it wasn’t all bad. Just so you know, the odds on any single person getting every correct result correct were 2,250,000,000,000,000/1!! 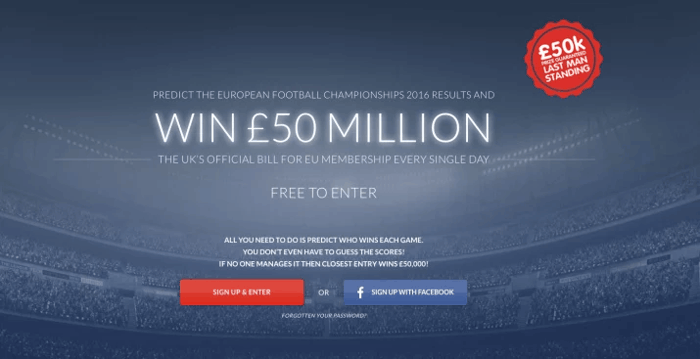 In return of submitting your entry, the Leave Campaign would ask you a number of questions about the upcoming EU referendum. It would allow them to reach a wider demographic and also give them a huge database of information about what type of people would be voting leave and who they needed to target or work with more.

Whilst this is a pretty extreme example and certainly something that isn’t your common football competition, it shows how powerful these competitions can be in terms of popularity.