Darts can be an underrated sport for betting on, but we think that it’s one of the best. To start with, there are matches running pretty much all year round, even though there is an official season. The fact that bookies cover so many tours and tournaments is another reason why it’s become so popular, with markets open almost every week on some of the bigger betting sites.

One of the most common market’s that you can bet on, as it is with pretty much all sports, is that of the match betting market. For this you’re betting on the winner of the match. It’s worth knowing that most darts tournaments are knockout events, so the winner will be the player that progresses to the next round.

The downside to betting on this market is that the odds can be pretty tight, especially earlier on in the tournament. Most tournaments will rank players and their ranking will keep them apart from the other ranked players in the early stages.

This means that you are going to have matches where players might be as short as 1.05 to win a match. It basically means that there is no value in these bets, and this can be a frustrating aspect of this market. 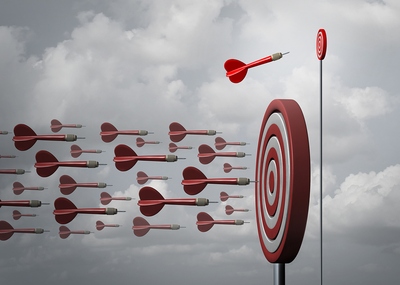 We wanted to include a section on handicap betting as this actually ties in nicely with the point that we made above about the odds being slim for the favourites. So, the handicap works in a way that is designed to make it a much more even contest between a top ranked player and a less talented one.

The bookmaker will give each player either plus or minus a certain number of legs and then allow the punters to choose the winner based on the handicap. The idea is to apply a handicap so that both players are the same price and as close to even money as possible.

For example, you may see a match where a player is priced at 1.11 to win and their opponent priced at 6.50. Obviously, the short-priced player is a huge favourite and the bookie is saying that they are going to win this match 99 times out of 100.

The bookmaker then creates a handicap market that might be -3.5 legs in a first 8 match for the favourite and +3.5 legs for the underdog. What happens is that after the match you remove or add on the number of handicap legs and this becomes the adjusted score for the purposes of the bet.

So, if you backed the underdog at +3.5 legs and they lost the game 8-6, once you add on their 3.5 handicap for this market you get 9.5 legs, and this would mean that they win the adjusted handicap bet.

Picking darts winners can be a tough gig, especially with the prices used in the example above. Here are a few easy strategies that you can apply to your bets in order to make them more profitable. 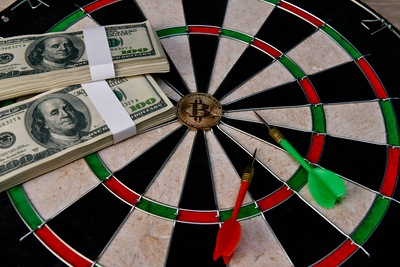 Since we’ve just spoken about it, let’s kick things off with a look at how to find value from the handicapping market. The good thing about this is that it’s entirely subjective, so the bookmaker is predicting the score for the match. First thing to note is that this is much tougher than just picking the winner, so that means there is more margin for error.

We now have to apply a bit of research ourselves. If you are completely new to betting on this type of market or even the sport then it may be a little trickier, but certainly not impossible.

Player form is a great place to start. Often prices will go off ‘names’ and the current stature of the players, rather than simply the form, but we think that’s a mistake for this market.

A good example of this is a match up between Rob Cross and Max Hopp that occurred during the German Masters. The odds for each player to win outright were:

As we can see, Cross is a clear favourite for the game here, but if we dive in and look at recent form, we see that Cross has had a mixed season. He’s yet to win any event and has only made 6 semi-finals or better from his 22 starts.

Whilst the numbers would still suggest Cross to win, we aren’t looking for Hopp to win this match necessarily, we just need him to perform. The handicap is +2.5 on Hopp, so you would have to say that he’s showing good value given his current form.

Darts is great for in play betting, but it’s another tough market to master as games can move at lightening pace. Betting trends are pretty easy to pick up on, although you really need to apply this to matches that you are watching live, otherwise it doesn’t quite work.

One thing to note is any breaks of throw in shorter formats of the game. Having the darts and throwing first in a leg is a massive advantage as theoretically you be shooting a double first, even if averages for the match are not in that player’s favour.

When breaks occur, you can work out what their opposition needs to do to get back in the game. You can really exploit this by betting in play and see if they are capable of extending this lead or if it’s going to offer a good price for the other player to get back in it.

A good trend to track is that of players who are scoring well but aren’t shooting too well on the doubles. Some players are better than others at doubles, but it’s rarely ability that gets in the way, more a lack of composure to take it out when needed. You should be more worried if a player is struggling to score as this means they are going to get less chances at double.

To recap, take on the high scores to win games when betting in play, even if their double percentages are down. 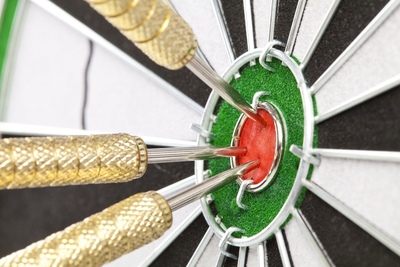 One of the key things to note is the format for each tournament or league that the players are playing in. Darts is darts, right? Wrong.

The games and formats of each can differ quite a lot and they tend to suit one type of player more than the other. For example, you can start to look at the underdog bet much more favourably for games that are played over shorter formats. This might be first 6 legs or even less for some. Essentially, anything can happen here, and this is where you see the most upsets.

As the games get longer and even play ‘set’ matches rather than ‘legs’, the better players tend to come out on top more often. The longer format means that the better players have more time to hit top form and the underdogs have longer to fade out after initial spurts of greatness.

Also, note competitions like the Premier League. This is played over several weeks around the UK, Ireland, and now across Europe as well. It’s one of very few events where draws can be had in the league match as players play 14 legs, with a 7-7 draw on offer if required.