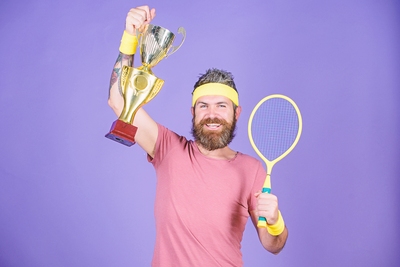 The outright winner market for betting on a tennis tournament is a tough cookie to crack. The fields are vast and the number of potential winners can come from a range of places, but if you are able to pick right then the rewards can be lucrative indeed.

By the outright winner, we are of course betting on the player to win the whole tournament. It’s all or nothing here so you need to be able to choose a player that is good enough to go the distance and not just a journeyman that keeps racking up quarter final appearances and getting knocked out.

One thing that you need to note is that there are an awful of professional tennis events that take place throughout the year. The men have the ATP World Tour, ATP Challenge Tour, ITF Men’s Circuit and many others. The Women have the WTA Tour and ITF Tour as their mainstays throughout the season.

The dominance of the men’s game

Since 2003 the men’s game has been dominated by 4 players; Roger Federer, Rafael Nadal, Novak Djokovic, and Andy Murray. You could argue that Murray isn’t as successful as the other three and you would be right to say that, but he is still very much one of the “Big 4” in the men’s game at least.

Those 4 players have a staggering 303 singles titles between them and have won no fewer than 56 majors as well. To put these numbers into some sort of context, since 2003 when Federer won his first Wimbledon championship and the first major between the Big 4, there have only been 8 major winners outside the Big 4 from a possible 64.

As you would imagine, the money that they have earned has been considerable as well.

As you can see, the disparity between the sums of money that they have earned over the last few years is substantial to say the least.

Even outside of the majors they have been able to dominate a lot of the bigger tour events as well, although admittedly not on quite the same scale. The numbers really are incredible.

The downside to all this has been that betting on anyone other than these four over the last 15 or so years has almost been pointless, especially in then majors. You need to work really hard to value bets in the smaller tournaments, but if you are looking for those longer priced winners the majors is going to be an area you need to avoid as they’ve been dominated for so long.

Here are a few nuggets of advice when betting on the outright winner market for tennis.

The Big 4 aren’t getting any younger 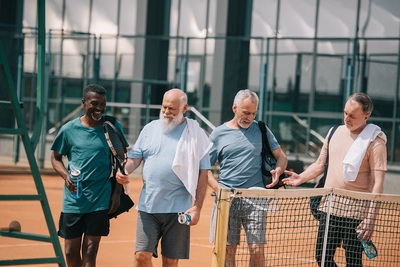 Even though the numbers are impressive, it would appear that it’s all doom and gloom in the men’s game from a betting point of view. It’s been really hard to bet against any of the Big 4 for a long time now and so this has made it hard to make any big money.

But these guys aren’t getting any younger. As of 2019, Nadal is 33, Federer is 37, Djokovic is 32 and Murray is also 32. Their age will dictate that this can’t go on for all that much longer and even if/when just one of them retires it will open the door for punters all over the world to find the player to replace them (if any exists).

That being said, they are still all doing really well and continue to be the guys to beat in the men’s game for the time being. So, if you are going to bet on any of them, do so at the start of the tournament as if they make it even past the opening few rounds, their odds will tumble.

The draw can play a huge role in tennis and this should really be the first place that you look when trying to find a decent bet to win overall. More often than not you are going to find players that are in the good side and the bad side of that draw.

You can also look at players who might not necessarily be the favourite for that side of the draw but have the ability to play well. We like to look for players that have just come back from injury or that have proven pedigree but aren’t in particularly great form.

Lleyton Hewitt used to be a great pick for this. He never seemed to be ranked all that highly, but he was always more than capable of beating anyone in the tournament. He was the king of the 5-set matches in the majors and had incredible stamina which made him a great pick.

Use the women’s game for value 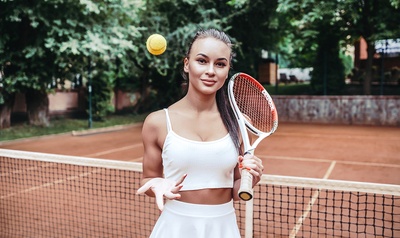 Women’s tennis is wide open compared to the men’s game. Obviously, you have Serena Williams who has won an insane 23 majors over her career, but there is no “Big 4” or anything like that. In fact, barring Williams, there has only been 1 multi-major winner in the women’s game since 2013 (Garbine Muguruza).

This means that you are going to be able to find value much more easily as it’s a lot more unpredictable. You will also find that the women’s game can throw up some pretty random winners as well. We’ve seen people ranked as high as 30th in world take down majors in the last 5 years or so with pre-tournament odds of around 30.00.

The value is there within the women’s game, without doubt, but it’s definitely harder to call and it’s really tough to take form into account given how random it is, especially within the majors. For this reason, we wouldn’t discourage people backing a couple of potential bets that are slightly longer odds than you would normally take. Previous tour wins, however prestigious, are definitely worth taking into account as often it’s getting over the line for the first time that is really tough for these players. 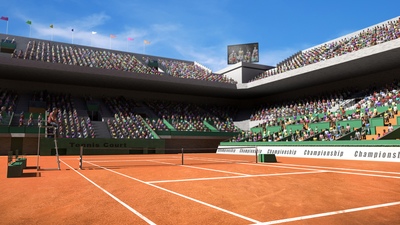 You will find that there are players that just gel at some events around the world. The fact that Nadal has won the French Open 12 times shows that he loves the venue, but he also loves playing on those clay courts. Federer would prefer to play on grass as he’s won 7 times at Wimbledon and so on.

These places bring out the best in these players and you can find these trends all over the world in all sorts of tours. The best thing to do is note the surface that a player likes playing on and then try to see how they have performed at that specific venue previously.

We would argue that this is just as vital as finding a player that is in form, such is the impact that both surface and location have on players. 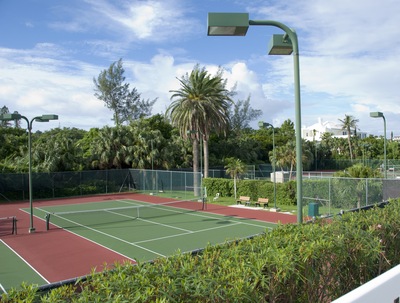 Finally, this may seem a little bit drastic as most of you who are new will be looking at these as the tournaments you know best, but the majors offer very little value, especially on the men’s side.

You’ve seen how dominated these tournaments have been by the big 4 over the last decade, and whilst they are getting on a bit now you’d be hard pressed to push them to one side in favour of someone else just yet.

Try and work on the smaller tours and even tours that aren’t worldwide, such as the Latin America Tour.

It’s going to be harder to research as you will know less about them, but they will be so much more rewarding for the purposes of these markets.