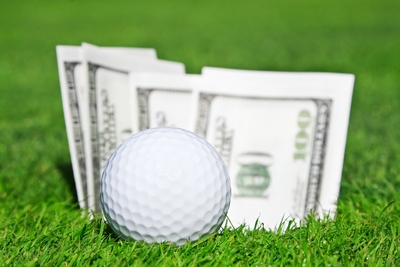 One of the most important aspects of any golf tournament is for a player to make the cut. Why? Because they only get paid if they make the cut.

For those that don’t know, each tournament will have a cut that is made after 36 of the 72 holes are played, which is half way. The cut will remove a certain portion of the field that haven’t shot a low enough score. This is usually around the top 70 players and ties, or it’s any player within 10 shots of the lead if this number is bigger.

A lot of players can actually make really lucrative careers out of just making the cut and then seeing how far they can get up the leaderboard without ever really having a chance of winning.

To give an example, Charlie Wie is a Korean golfer that has played on the PGA Tour for a number of years since turning pro in 1995. Wie has made 259 starts and made 160 cuts, which is a decent return, but he’s never won and only had 21 top 10 finishes in a professional career spanning nearly 25 years. Wie has made over $10mil in career earnings which works out at $400k a year! It goes to show that you don’t even need to be a serious challenger to make a good living from golf.

Back to betting then, and it also shows how important making the cut is, especially to player like Wie. The cut line is usually worth around $15,000, so well worth it for players who likely aren’t your household names to do well.

To not make the cut

The flip side of this bet allows you to bet on players that will not make the cut. So where the “make the cut” bet is about finding players who are not favourites in order to find value, this is more about looking for shock results such as star names that might perform unexpectedly badly.

The two markets may seem like they are pretty much the same thing but from a strategy point of view they actually require two very different approaches. We talk more about this later.

A couple of things that you need to note are that players need to complete 3 holes or more with most bookies before this bet is live. If they fail to do this then the bet is void.

54 hole cut – The cut line is almost always made after 36 holes, but this can be extended to 54 holes in certain situations.

It occurs when there are 78 or more players all within the cut mark, usually because a wide number of players are tied on the same score.

When this happens all these players will play the third round until they can get a to a final cut line of 70 players or less for the final round. These players that make what is known as the Modified Cut (MDF) will not receive a cheque until they make the final cut of the last round, but they will be counted as making the cut for betting purposes on this market.

There are quite a few angles on this to try and apply some decent strategy and find good bets as a result. 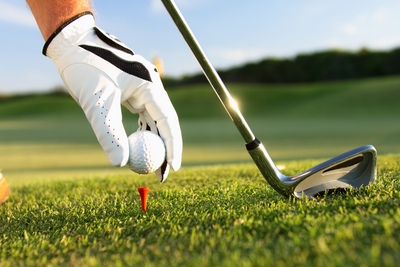 Golf fans love their stats and sites like PGATour.com are literally full of them. One of the best ones to use for this bet is the Consecutive Cuts stats section. This is pretty self-explanatory, but it shows you a huge list of players that are currently on a streak of 2 or more consecutive cuts made.

It may seem pretty obvious to jump straight to the top of the leaderboard, but often these will be big name players and the prices for these guys to just make the cut will be really small and not worth your bet.

Our advice would be to move to the middle of the pack and find players that have made around 3-8 cuts. The trick here is to literally match up their “make the cut” price and see if it aligns with the best value based on their current run.

The great thing about this is that to make the cut you need to be super consistent and it shows that a player is in good form when they are able to make multiple cuts in a row. We actually use this market to find potential place and each way bets as well, given that we know there is a high chance they are at worst making the weekend and then will hopefully make a good run over that weekend to get into these place spots.

What’s good about the mid-range pack of players is that there will be lots of people that have very little ranking on the PGA Tour in terms of media attention, which means they go under the radar. Remember, you don’t need a winner here, you just need them to make the weekend.

Stable your picks for accumulators 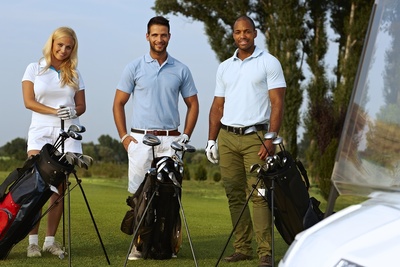 Accumulator bets work great with these types of markets. The prices that you are going to take are likely going to be around even money for most, if not odds on. This means that you can add 3 or 4 picks to create a much larger accumulator bet offering great returns.

The “stable” idea comes from our outright winners market concept of knowing around 5-10 players like the back of your hand and then applying the best pick from those players for each course. You could create a list of cut making machines who aren’t getting the headlines like some players might.

For example, as we write this, Hideki Matsuyama has the longest current streak of cuts made with 25 to his name. To bet on Matsuyama to make the cut would mean that we get odds of around 1.30, which offers very little value.

It we look a little further down the list we see Peter Malnati. Most of you reading this will have heard of Matsuyama, but we dare say many of you won’t have heard of Malnati. Well, Malnati is currently on a 7 cuts made streak, which shows really good form. His price is now around the 1.90 mark, which is much more appealing and makes him a really good “stable” guy to include.

The great thing about this is that because tours like the PGA Tour are so big, there are dozens of Malnati’s. We don’t like to call them journeymen, but there are lots like Charlie Wie that we mentioned earlier who are making great livings just being consistent and flying a little under the radar. Weirdly, if players do start to improve their scores and win events, popularity will increase and this means the price will increase too, so it will likely be time to replace them.

We spoke about betting on players to miss the cut earlier, and this is one of those bets that is best used with the higher profile golfers in the field. It’s a hard market given that they are the best in the world at what they do, but they will all miss cuts at some point and you need to be ready to catch them when they slip up.

To put this into some sort of context, only 2 of the world’s top 10 best players right now are ranked in the top 43 for ‘best cuts made’ streaks on the PGA Tour – Justin Rose and Brooks Koepka. This is a pretty interesting stat as it highlights that the players can be as bad as they are good, maybe more so than the likes of Malnati who is actually more consistent but can’t get the wins under his belt.

Betting on the missed cut is ideal for scoping out big-name players. Important factors to note for this are form and the course set up. Form can be tough to call as these players can literally come out of nowhere without any previous form and win on any given week. This is what makes them the best, but you obviously want a downturn in form where you can get it.

The course set up is another important one, because some courses just don’t fit some player’s eye. Augusta is a prime one as the course is set up for a draw from the righthanded golfers, which is why players struggle to get to grips with it who aren’t as comfortable hitting a draw. Links courses are another group that people just don’t like because of the strong winds which mean golfers need to play with much more control of their ball flight.