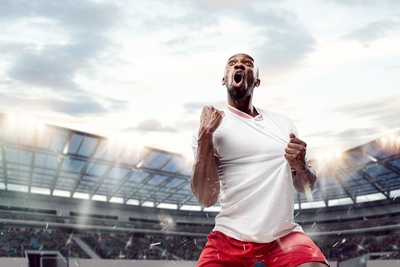 Match betting is unquestionably the most popular betting market and one that a wide range of punters will target. It’s a market that, even if you’ve never bet on football before in your life, you will understand immediately.

There are three bets that you can place:

The only thing that confuses this is when teams are playing at neutral venues, but what will happen with those games is that one team will be assigned the “home” team for the purposes of betting markets.

Once you have chosen your selection you just have to wait for the result to role in. The score line is irrelevant here, so it won’t matter if your pick wins 1-0 or 12-0, the payout will be the same.

One thing to be aware of is that match betting is based over 90 minutes, plus injury time of course.

The reason we wanted to highlight this is mainly because of cup games.

You see, the result after 90 minutes might not be the winner of the tie in reality.

For example, if you backed a team to win on the match betting market and the score was 1-1 after 90 minutes, then even if the team you backed to win goes on to win on penalties this would not equate to a winning bet.

Your bet finishes at the end of normal time.

As with all football betting markets, there are some strategies that work better with match betting than others. Here are some of our favourites nuggets for you to apply to your own betting strategy.

One of the match results markets that is very popular is the double chance market. This is where you bet on two outcomes, and as long as one of those occurs your bet wins. The combinations are as follows:

This allows you to cover the bases of two bets and are great inclusions for games where you think the underdog has a good chance of at least getting a draw, if not even picking up the win. The reason we specifically mention the word underdog is because if you take on either of the markets with the favourite involved, then the odds are going to really short and barely worth backing. The bet is too safe to be profitable.

By taking on the double chance market you are essentially laying one of the results. A lay is a bet that you can place on a betting exchange that opposes the result. So, if you laid a result, you would not want that result to come in. It’s essentially what bookmakers do, as every market that they offer they are laying a price for the punter to back, so you and the bookie have opposing views.

Let’s run through a quick example of how this might work using an upcoming Women’s World Cup match between Netherlands and Sweden.

We are going to take a Netherlands or Draw result priced at 1.30 with BetVictor. This means that if we place a £10 bet and the Netherlands win or draw, we make £3 profit. If Sweden win, then we lose our £10 stake.

The same bet on an exchange would be to lay Sweden, meaning that either the draw or Netherlands to win would be good.

With a bit of tinkering to find the correct stake for the lay, we can see that we can get a scenario where we still lose £10 (or there about) if Sweden win, but if Netherlands or the draw comes in, we actually profit £3.85, which is an increase of 85p. This may not seem like a huge amount but that’s due to the stake – it’s actually a massive 28.33% increase, which is insane.

These scenarios are pretty common as well. The issue is that many people aren’t comfortable using betting exchanges even though the process is actually very simple, and the figures, as you can see above, are totally transparent from the off. You do need to aware that they will charge you commission when you win, but when you get margins such as the one above, these really are negligible.

Finding value is one of the most overused terms in betting. It’s a phrase that a lot of people use, but few actually put into practice.

We can apply some pretty basic maths to working out value and this should be something that you do with almost all match betting markets. To find value we multiply odds by probability percentage and then divide that number by 100. Let’s show you how using the England v USA match in the Women’s World Cup.

We think England have a really good chance of winning the match and believe that initially the odds for them are too high so they offer good value.  At odds of 4.2 the bookmaker is saying that England will win this match 23.8% of the times that they play, which is almost 1 in 4. However, we think that they win this game more often than that and at worst have a 1 in 3 chance, which would be put as odds of 3.00.

As you can see, the number is above 1, so for this we can say that we have ourselves a value bet.

What is important to include however is that we are basing our odds and value from research that has been done to indicate that the bookmakers are wrong. The above is an example of how it works rather than a fact, but imagine that England had won 2 from the last 5 games against the USA, then you would have grounds to say that the 1 in 4 chance that the bookmaker has initially given them is short of the mark. 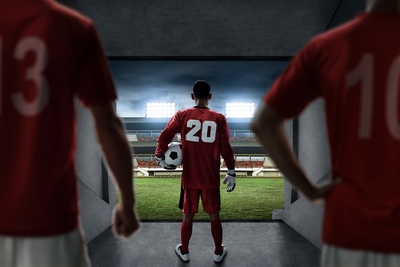 A hugely overlooked aspect of match betting is when people ignore the schedule for both teams upcoming fixtures. This plays a huge role in how teams are going to line up and that will have an effect on the strength of their team.

An obvious one for bettors of the Premier League is looking at those teams that play in Europe for both the Champions League and the Europa League. Often, they will have big games just a few days apart so will at some point have to rest players.

For example, if Man City are playing on a Saturday afternoon and then have a Champions League semi-final on the following Tuesday, there’s a good chance that they won’t be risking their star players in the Premier League just in case they get injured. Now, Man City have an incredible squad, so how depleted they could become is debatable, but nevertheless, when they rest players they are not at full strength, and this means their opposition has a better chance of getting a result on the day.

This basically boils down to waiting as late as possible to place your bets before kick-off. If you can see what the line-up is going to be that’s going to be massively advantageous, although we know this isn’t always possible. 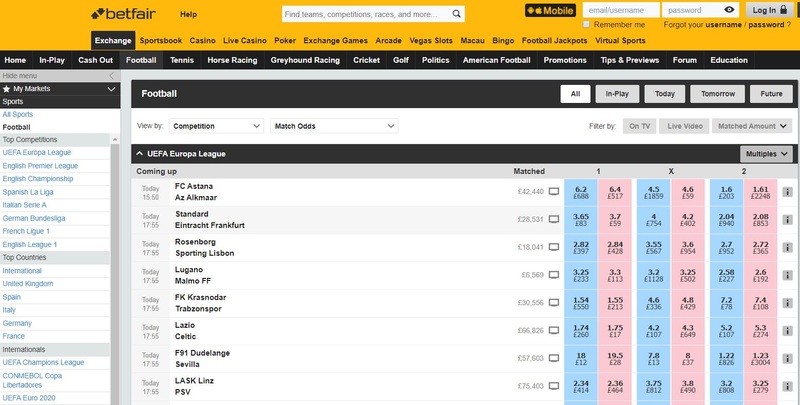 This is a pretty old strategy now, but one that still works really well with matched betting. You need access to a betting exchange, ideally Betfair as they have the largest liquidity of any exchange right now.

The aim of this strategy is to target games that have a strong favourite who are ideally playing at home. This means there’s a good chance that they are going to win the match and win it fairly comfortably.

The strategy requires us to initially lay the draw for this match. The perfect scenario is that a goal is scored by the home team and the price for the draw then rises considerably. We can then back the draw at much higher odds, locking in a profit as we go. The best thing about Betfair is it allows you to easily alter and move the price that you want to back for, increasing or decreasing liability on each result.

For example, you can work it from this point to offer the exact same profit on each result. Alternatively, if you think the home team is going to go on and win the game comfortably, you can make it so that you break even on the draw and away win and then bag a larger percentage of the pot if the home team wins.

The bailout for this strategy comes around the 60-70th minute mark where the game is still 0-0. You should be looking to back off your bet for a small loss here and then move on. Some punters actually place a small bet on 0-0 correct score prior to the game starting, and whilst this does eat into profits it will offer you security for these scenarios. You do not want to simply let these bets ride, as they are going to cost you big time if you have to pay out the full amount.

Be cautious with tipsters 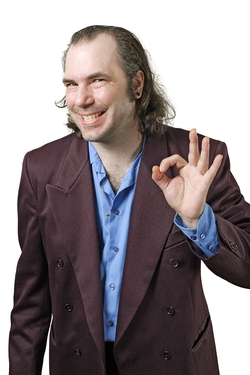 This is a word of warning as much as a “strategy” but you may or may not know that there are a lot of betting tipsters online these days, especially on social media platforms such as Facebook and Twitter.

The vast majority of them are losing bettors, but when they eventually do win, they are good at marketing those wins and getting traction from that. It’s also very easy to delete Tweets and Facebook posts to make it look like they are more profitable than they actually are.

Our advice would be to locate tipsters who have several years’ worth of records. Ideally, they will have a website dedicated to their trade and be very open about both winners and losers. There is no shame in losing, it’s a tough industry to crack and football can be a hard sport to call sometimes. A good tipster won’t be afraid of posting their losers along with their winners.

If they look too good to be true, then they usually will be. Don’t just go off follower count either as many buy fake followers to make them look better than they are. Best gauge for that on social media is seeing how many people interact with their posts; this might be likes, shares, or comments. These are usually much better signs to see when people have an active following.

When you find someone you trust, don’t just follow them blindly. Try and work out why they make the picks that they do with your own research. Even better, compile your research first and then check back with them to see if they have similar views on the market. It’s a great way to get reassurance that your research is on the right lines.