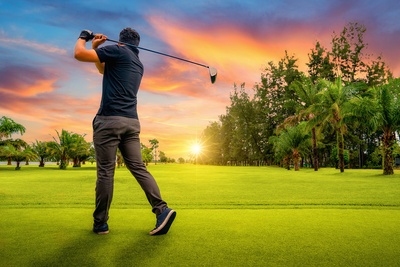 One reason why some punters aren’t so keen to bet on golf is that you’ve got to pick one winner from a field of 150+. It’s unlike pretty much any other sport in that regard, which makes it really tough to consistently make money.

However, the expansion of the sport in the online betting sector means that there are markets opening up that can reduce the field size, whilst still offering good value. The top USA or European player market does just that. It’s worth noting that many bookies offer these markets on a host of country-specific players as well, so whilst we are looking at Euro and USA in this article, the same applies to any other.

The bet works like a mini league of the tournament that you wish to target. Say that you looking to bet on the top European golfer in the US Open. The bookmaker would open their market with only European-born players. All you then need to do is pick the winner from that shorter list.

We thought we best touch on this before we go too much further as this rule is very important to this specific market. In golf there will always be a single winner for each event; this might come via a play off if 2 or more people finish with the same score, or someone might win outright with the lowest score.

The top player for a country or area might not necessarily be the winner of the tournament. It could well be that two or more players are tied, and that makes them both the top player for this market.

If this occurs, then dead heat rules will be applied. It’s easy to work out, all you need to do is divide your stake by the number of players tied for the win and then this becomes your adjusted new stake. For example, if you’ve bet £10 and 2 players are tied, your stake will be divided by 2 and then you will have an adjusted stake of £5 for the purposes of working out your winnings.

You need to adjust your betting strategy with golf for this market, although it can become highly lucrative if you know where to look.

Dial in a group of players from certain countries

The major plus point for this market is that you have a massively reduced field of players to pick from. You’re going from as many as 150+ players to as few as just a handful, depending on the specifics of the market.

The European Tour is a particularly good tour to target these bets as they cover so many countries, which means that they don’t get too saturated and are very manageable. If you compare this to a PGA Tour event and you look at the top American market, then the majority of the field will still be included so you may as well just back someone on the outright winner market.

Ideally you want to find a fairly competitive country with players who are usually on decent form or have decent world rankings. At the time of writing, England would be a good shout as you have 12 players in the world’s top 100 from their official rankings.

It’s much easier to get to know 10 or so players inside out than having to guess the whole field. Once you’ve got your little niche then you can start to really get to grips with how their games work and who might be best suited.

We have spoken in other golf strategy sections about being able to link players to a course. This is definitely something that you could factor in here as well, and it works great with the smaller numbers. 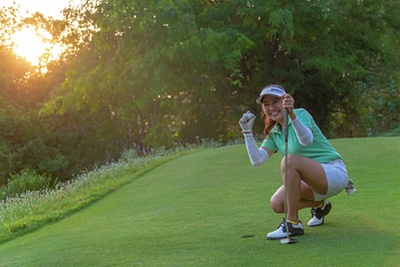 Player form is one of the most important areas of any research and if you are new to this type of betting it should be something that you really target.

One of the key things to avoid is just looking at general positions finished. Try and think a little deeper and work out why they finished where they did. There is generally an area that let them down and it should be pretty easy to find using any of the stats-based sites.

Once you know why they finished where they did, try and see where things might either be easier at the course they are playing at or get even tougher. For example, if you’ve a player that finished 30th one week but finished 130th in the field for driving accuracy, then you know that they’ve had a shocker off the tee but actually played really well in other areas to make it to 30th.

It could be that the tournament coming up has super wide fairways and the emphasis has changed from needing to drive it well to really needing to dial in with irons and wedges, two areas that player might have excelled at the previous week.

Also, don’t forget that you are betting in a small group, not the whole field here. Small changes and small improvements make a huge difference. 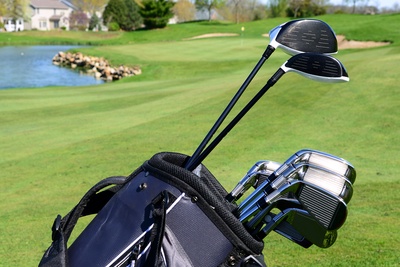 With these types of bets, we generally think it’s a case of the smaller the group the better. After all, if you’ve a player that you are happy to back in a group of 10 players, with each of them being in the top 100 in the world, then you have to assume that this player has a really good chance of winning the whole tournament or at least having a good run.

If you find that this is case, we might be tempted to switch out our bet for an outright win or even an each way bet, which might be more tactically sound. You see, a strong player in a relatively strong field of 10 players is going to have a chance of going well overall. You will get much larger odds from the outright winner market, even if you were to place an each way bet, taking ¼ odds for the place bet.

Groups of 5 or less are a real sweet spot with these bets. You can also combine bets from different groups to create an accumulator of sorts. So, you could have top Englishman, top South African and top Scotsman, which will combine to make a really tidy accumulator bet paying large odds. 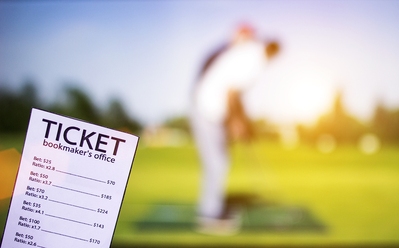 These markets are great for in play betting, especially if you are able to access a betting exchange with it as well. Golf is quite a reactive sport and a player can go from having a strong chance of winning to absolutely zero chance of winning in just a couple of shots.

Betting in play with these markets allows you to really hone in. As the bet starts to get going, more people are going to fall out of the running. This is where you can target those groups that have a larger number of selections, as eventually they will dwindle down to just a few that are contenders to win.

The exchange will allow you to back and lay a range of players from that group, and if you are lucky you will be able to “green up” which means that you balance the books and take a win from any of the players you like. But, we would say that this would be a good spot to just limit liability on some and then max out profit from one or even two players, allowing you to make more money should either of those come in.