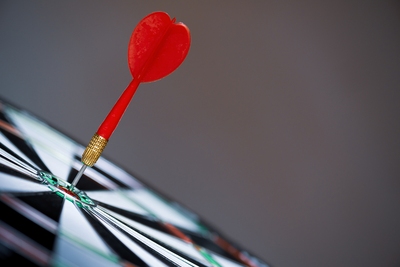 Betting on the outright winner of a darts tournament can often hold more value than most of the match betting markets. This is because the odds that you are getting are considerably higher and yet there are just a handful of players that are realistically in the running for the bigger tournaments.

The thing to remember is that there are tons of tournaments held all year round with darts, so whilst it will be the majors that get the most coverage, some of the best value can actually come from some of the smaller events, often when less of the best players in the world are taking part.

The format of this betting market is very simple. You are just betting on the player that is going to win the tournament outright and eventually lift the trophy. It’s pretty simple in practice, but actually picking a winner can be really tough. Our strategy section later in this article will help you with this.

Darts has been dominated by just a handful of players over the last 30 years or so. For each generation there has been one or two standout players that have won multiple tournaments and basically blown the rest of the competition away. What’s most impressive is that they have been able to do this over extended periods of time, which is quite remarkable when you think about it.

We can’t go too much further without talking about Phil Taylor, who is the greatest darts player of all time. Taylor turned pro in 1986, and since then has gone on to win anything and everything in darts, but it’s the fact that he has won so many events so many times that is most impressive.

The World Championships has to be the place we start with Taylor as he’s been able to win this event an incredible 14 times, with his first coming in 1995 and the last coming in 2013. There have only been 7 different winners of the World Championship since it began in 1994, and the next highest multi-winner is Michael van Gerwen, with just 3 wins so far.

Next up on Taylor’s list is the World Matchplay that he won an incredible 16 times, and this is also the highest number of wins for any single player in any professional darts tournament in the world. There have been 8 winners of this tournament since 1994 including Taylor, with Taylor winning 7 times in a row from 2008 to 2014.

The records roll on for Taylor and in total he has hundreds of tournament wins to his name, but what’s probably more apparent from a betting point of view is how so few other players have been able to get close to this even after Taylor retired.

For example, since Taylor last won the World Championships in 2013, it’s been won by Michael Van Gerwen 3 times, Gary Anderson twice and Rob Cross once, with the latter being a massive shock result. So, it’s not as if these wins have been spread out across the board. Other majors tend to follow a similar trend as well, with a small pool of winners taking the majority of wins.

Finding a winner from a pool 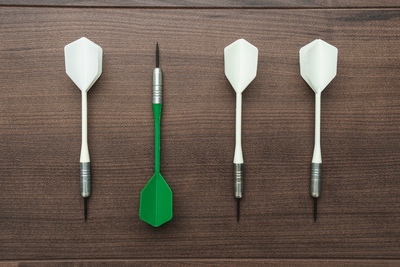 The trick for this type of betting is that you aren’t looking to find the next Phil Taylor. That’s not what these markets are for.

The best thing about darts now is that the competition is as tough as it’s ever been. Averages are higher than ever, and players are having to raise their game just to get on tour, let alone win a tournament outright.

You can start by selecting 4 or 5 players that you want to follow throughout the season. This is a great way of then being able to back one or two players from your pool that are on the best form. It also means that you can spread your bets a little rather than just having one player to bet on.

You will always get the best odds at the start of any knockout event, so it’s best to place your bets on these guys here.

We like to have a balance in terms of highly ranked players (world rankings) and then a couple of players who are maybe on the peripheral or who are up and coming. The latter players are going to be those that offer longer odds and if you can get in before they burst onto the scene, you’re going to make a lot of money.

A popular betting market that comes off the back of this one is the betting without market.

This is where you can have a market for the winner that discounts a certain player from the field.

If Michael van Gerwen is playing, then this, more often than not, is him – but he won’t play every week, so this can range.

As this removes the best player from the field, things start to open up a little. This could play into your hands when betting on the two “outside “picks from your betting stable.

Back long shots, lay off as they progress 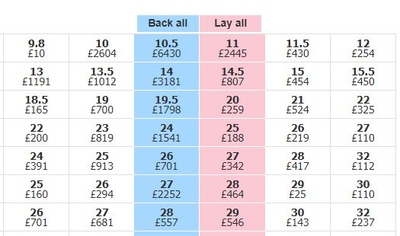 An easy strategy that you can apply is a backing to lay process. Given that pretty much all darts events are knockouts, the odds for each player to win are only going to reduce as they work their way through the field.

The goal here is to back them at long odds and then lay them off with a betting exchange as they progress in the tournament. These start to get really interesting when short priced favourites begin to drop out.

The World Grand Prix is well known for seeing a number of favourites fall away pretty quickly with its different style of having to hit a double to get away. It’s one of the only majors that has seen players from outside the “big 4” win over the last decade or so, and can be used really effectively with this strategy.

Obviously, for this strategy you are going to need access to a betting exchange. You can use the cash out function which most bookies offer these days, but you are going to find that the exchange will offer better value in the long run. It also means that you can be a lot more flexible in terms of how much liability you want to add or remove from your bet, depending on the player’s chance of progressing even further. 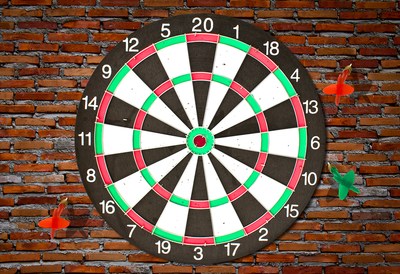 Player form is an obvious inclusion, but very important to take note of. If you are a darts fan that only really follows the majors, then it may be a surprise to hear that most of the world’s best actually play most weeks. The events might not be on TV all the time, but darts players tend to be pretty active and play all over the world.

These smaller events can be great for the confidence of some players and it’s here that you can see how a player might be faring in terms of the form they are in.

You can use any of the darts stats database websites that are free to use to get this info, but it’s your goal to decide whether you think players are able to take this form and progress in the tournament that you are looking to bet on. 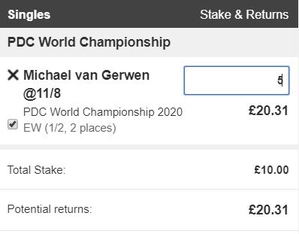 Each way betting is not a market that people think of when betting on darts, but you really should. For those that don’t know, each way betting allows you to essentially place two bets; the first on the player to win and the second on that player to place.

For darts, the place bet will be ½ of the odds and then pay out on top 2 players. Basically, this means that you need your player to get to the final in order to get paid.

The reason that we like this bet so much is that you can find some really good players on great form who are priced around the 15.00 mark or even higher. If they get a good run, then they have a great chance of getting to the final. Once they are there, you are really freerolling as to how much money you are going to make. It also allows you to bet without fear of a short-priced favourite in the market as well, which definitely helps.