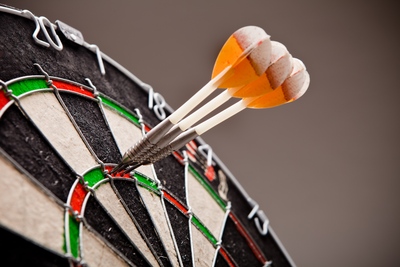 As the number of darts markets start to open up, the number of possibilities for bettors to make money increases as well. As we’ve seen already on the site, we have an array of betting markets currently, although some are tied heavily into the majors each year so bear that in mind.

Two of the most popular that are still relatively new are that of the 9 darter and 170 checkout markets. Both of these are seen as pretty rare, although given the standard that professional darts is now played to, they are much more common than they might have been say, 20 years ago.

The market is pretty straightforward in that for the majority of matches you are betting on either happening throughout the match from either player, but there are some bookies where you can bet on individuals. 9 darters are a common market for individual bets before the tournament, choosing a player to hit one at any time. Whilst they are rare, we would say that they happen once on average in most of the major and televised tournaments around the world, so they are out there.

As with all darts betting markets there are certain strategies and player characteristics that you need to observe to do well. Here are a few hints to help you increase your profits. 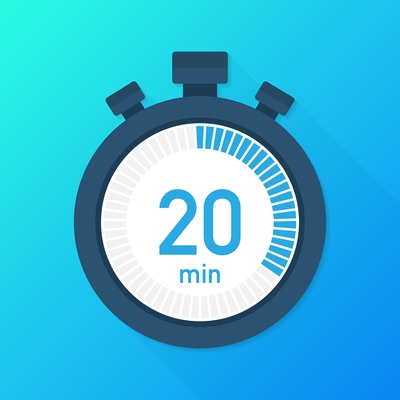 The game length is one of the key areas to take into account with these betting markets. The longer formats of the game are where you find the most 170 checkouts and the most 9 darters. This is simply because the players have more chances to hit them.

You need to bear in mind that often players take time to get into a rhythm. Over a game of darts that is say, best of 7 legs, it becomes a bit of a crapshoot as it’s a sprint in which anything can really happen.

However, games that are say best of 7 sets or 15+ legs are going to give players more chances to get into a rhythm and therefore play better.

The most 180s is a curious market and one that only fits certain types of players. You would think that players would go for 180s every single time when trying to reduce their score, but this is not actually the case.

In fact, some players are notorious for switching from the 20’s down to the 19’s when they don’t feel as though they have a clear chance of hitting the treble 20. A lot of this is to do with the way in which the darts enter the board. You’d think they are all the same, but this is actually not the case.

Players will have darts either enter flat, pointing up, or pointing down, and then dependant on the location within the treble, they will then determine if they should switch for a 20 or not.

Phil Taylor was a great example of this. Given the fact that he won so many events you would think he always scored the most 180s. Again, this was not always the case. You see, Taylor’s style meant that his darts enter very flat and his darts (barrel) were also larger than most. He’s not a tall man, so if he landed a dart that was in the top part of the treble 20, he found it difficult to bring the dart from high to low and it allowed very little wiggle room.

So, he was a player that would switch to 19’s fairly often. This means that he wasn’t hitting the 180’s as many times as people would think, even though he was so dominant for so many years. 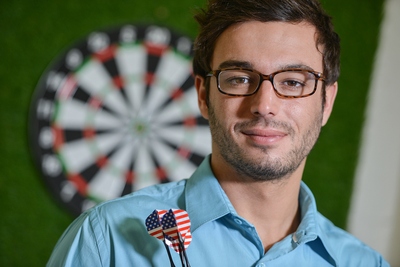 Obviously, stats are going to be a key area for both 170 checkouts and 180s in a match. You are able to access huge databases of information about which players have the most 170’s and which have the most 180’s.

Match betting on the most 180’s market can be as simple as comparing the data for two players and then determining who is most likely to score the most 180s in that match. Don’t forget that even though they may hit lots of 180s, they might not necessarily be favourites to win the match overall.

You can also apply data such as recent form to both of these. The better the form of the player, the more confident they will be in not only winning the match, but also in scoring higher outs and having a better chance at 9 dart finishes.

Don’t look too much at player averages 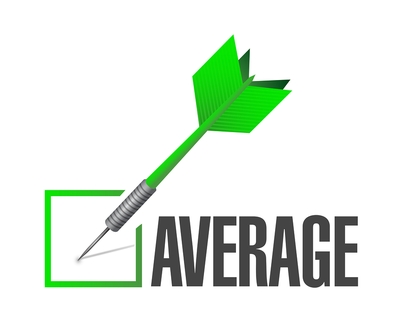 Player averages are the stat that everyone looks at after a match to see how well they have done.

It’s easy to think that if a player has a high average that they scored well, but player averages are often as much down to doubles as anything else. A few missed doubles in a leg of darts can rock an average, which means that betting on things like the 180’s market can be a little skewed.

You would do much better to take data from things like the consistency of 180s thrown over a prolonged period of time, the number of matches where they throw the most, and also the player type – as in how aggressively they try and get 180’s. These will all give a truer indication than match averages.